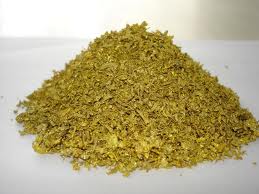 Unless you live high up on some remote mountain, your water is probably full of impurities. Even water coming out of the tap, after it has been treated by chlorine, still contains a number of contaminants. Unfortunately, chlorine is one of them. Some of the contaminants are metal or mineral particles, others are alive, such as bacteria or fungi. All can be dangerous and affect your health in a bad way. There are number of highly effective filters and, ideally, you should use more than one in combination to ensure that your drinking water is pure and healthy to drink.

KDF or Kinetic Degradation Fluxion Media is relatively new, but highly effective first step in the water purification process. It is normally used as a ‘first line of defense’, a first filtration step before other methods are used, such as activated carbon or reverse osmosis.

What is KDF made of?

A byproduct of this electrolysis process is ozone, which plays its own role in the water purification. The presence of ozone in the water creates hostile environment for algae, fungi and bacteria, effectively killing them and purifying water of all microorganisms.

The best way to utilize KDF is in combination with other filtration systems, such as charcoal filter or more advanced reverse osmosis or ionization system. KDF is often used in a mix with the activated carbon or together with activated carbon.