Why Use A Shower Filter? 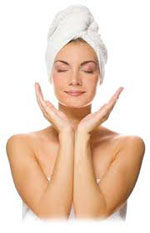 Why Use A Shower Filter?

Using a shower filter may alleviate dry or itchy skin problems by eliminating any chlorine in the water while showering. Chlorine is typically added to water in order to eliminate micro-organisms which can cause disease. However, chlorine may also affect your hair and skin by binding to it and killing your skin cells in the same way as the micro-organisms. People suffering from skin conditions such as Eczema may benefit from using a shower filter as it can help avoid irritation to the skin by eliminating chlorine in the water while showering. 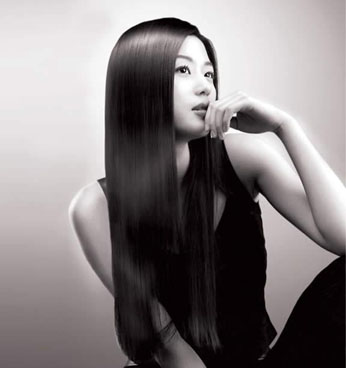 Chlorine can also cause damage to your hair, so the use of a shower filter helps soften the water and therefore rinses your hair cleaner than normal. This can help to reduce deposits formed by hard water (the white residue that remains after the water has evaporated) and scum from soap (the combination of soap and minerals left behind). These same residues can also remain in your hair making it hard and difficult to manage and may damage your hair and even cause irritation of the scalp.

If your hair has been treated, colored or has highlights - then chlorine may cause these to fade or affect the original colour of them. Most household bleach contains chlorine as an active ingredient so you can imagine what effect it has on your hair when you are showering. Your shower water contains much less concentrated chlorine than bleach but that only means that the process is more gradual. Hair that has been treated using chemicals such as used for perms is also highly susceptible to damage from chlorine content in shower water.

People suffering from asthma are aware that an attack may be triggered by a wide range of irritants to the lungs. When your body reaches its exposure threshold to irritants an attack may be the result of any further exposure to irritants. Reducing or eliminating even just one of those irritants can bring your body below that threshold and avoid an asthma attack. Using a shower filter can eliminate the principal source of chlorine found in domestic air – allowing you to breathe easier.

Chlorine irritates – and when it gets into your eyes while showering it can cause quite a lot of discomfort, especially for contact lens users – who may experience prolonged discomfort. A shower filter can eliminate chlorine from your shower water and avoid those painful red-eye experiences.

Can I protect myself from these chemicals?

Your body is constantly working to protect itself from chemical exposure on a daily basis. Your natural detox-system takes care of that. However, the greater the exposure to chemicals – the harder your natural detox-system has to work cleansing the toxins from your body – and it may become overloaded. While showering, your body is totally exposed to all chemicals in the water, and using warm water which opens your skin’s pores even more, only increases the absorption rate into the skin of any chemicals present in the water. By using a shower filter you can help reduce the burden on your natural detox-system by eliminating chemicals in your shower water, especially chlorine which appears in most municipal water systems.

Children and elderly people are more vulnerable than others to chemical exposure as their detox-systems are not fully developed yet, in the case of children, or not as efficient as they used to be, in the case of the elderly. These two groups of people are more susceptible to irritation caused by chlorine being present in shower water. Using a shower filter to remove chlorine contained in the water helps protect them.